Kayte Moore is the sweetest paralegal in the house.

Kayte Moore is the sweetest paralegal in the house... read more

Don't hesitate, they are outstanding.

The involvement of a father in a child’s life even through separation and divorce ensures that development of the child’s full potential. While mothers are often viewed as the primary caregivers and nurturers of the family, under the Georgia law involving child custody, there is no presumption that favors a mother or a father. That means the court may not prefer one parent over the other exclusively due to the gender of that parent. 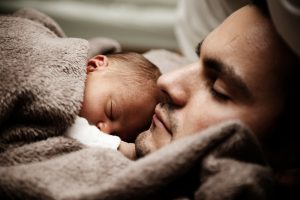 The state of Georgia applies the best interest of the child standards which gives equal opportunity for the father or the mother to gain custody of the child. However, Georgia law also distinguishes between a legally recognized father and a biological father. This means the marriage (or absence of marriage) play a significant factor in determining the father’s rights to the custody of his child or children.

Vayman & Teitelbaum, P.C. understands the love of a father to his children. We are committed to giving you a fighting chance to be a part of your child’s life. Our Waleska father’s rights attorneys will be at your side to assist you in understanding and preparing for the legal process and potential custody battle so you can maintain being a part of your child’s life. 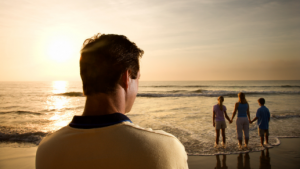 In the eyes of Georgia Law, the husband in a marriage is presumed to be the father of the child. Hence, during Waleska child custody cases, the parents are equal under the law. The decision will always fall upon what the court believes will promote the best interest and welfare of the child.

Some of the specific factors the court may consider when deciding the custody of the child are as follows:

The fulfillment of the conditions above consistent with the best interest of the child standards followed by the state of Georgia will give the father a strong chance of gaining custody.

The expert child custody lawyers at Vayman & Teitelbaum, P.C. know what is expected of a parent during custody battles. Our years of experience in family law will put you in a strong position on your divorce and child custody cases. We are here to prepare you during each step. Our guidance, advice, and support are valuable to maintain your rightful place in your child’s life. 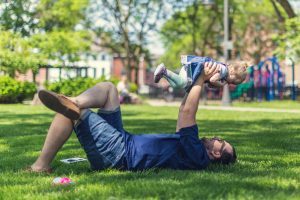 While the law has a fair treatment of the parents of a child born within a marriage, being a father of a child from a mother married to another man is complicated in terms of child custody. You should take action as quickly as possible. While there is no set time for the court to recognize your paternal rights, asserting your rights as early as possible will give you a better chance of having a life with your child.

Even if you are listed as the father of the child on the birth certificate, it still does not give you the paternal rights to custody or even visitation. To have full rights as a father, you must file for legitimation under the Georgia law.

Filing of legitimation is the process of legally recognizing a biological father which allows him to establish a legal relationship with the child. This relationship involves potential custody and support along with various relative responsibilities as a parent to the child.

The court will initiate a legitimation proceeding where the judge will hear and weigh both parents in order to determine if the legitimation is appropriate. The court will carefully evaluate whether you as a father may be a fit parent. Remember that the state of Georgia will prioritize the best interest of the child.

Why is legitimation necessary?

For a child that is born out of wedlock, the court will likely grant the mother custody, and she can exercise all parental power over the child. Before legitimation, a father has no connection with the child through the eyes of the law. That means he may not exercise custody or even make decisions for the child.

During the petition for legitimation, you may outline claims for parenting time, visitation and even child custody. Upon finding significant reasons to grant the legitimation, the court may award you these rights. Moreover, before legitimation, the child has no legal right to inherit from his/her biological father.

Legitimation must be done in a timely manner. In the state of Georgia, the court may deny legitimation if it finds that the delay for filing was unreasonable. The court will find that the father has abandoned an opportunity to create a meaningful relationship with the child.

If you are filing for legitimation, let the family law experts at Vayman & Teitelbaum, P.C. prepare you for the upcoming challenges. Whether you and the mother of your child are acknowledging the legitimation or you decided to file a petition to the court, you will have our support and guidance throughout the entire process. We know how important and critical it is to be a part of your child’s life and we are dedicated to giving you that chance.

Vayman & Teitelbaum, P.C. is your legal support when seeking to prove parentage and gain access to your children. We have the experience and the resources that you need during the entire legal process. Legal information is your key to gaining the father’s rights and responsibilities that you deserve. Contact our Georgia family law attorneys for a free consultation!

Esther & her team are very professional and thorough. I think you will have a great experience with them.