I highly recommend this firm.

The lawyers at Vayman & Teitelbaum are among the most effective and professional I have encountered to date. They are incredibly knowledgeable and responsive to their clients a... read more

Awesome service and results working with them. 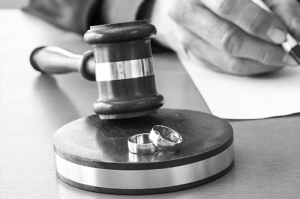 As you face a divorce, one of the most complicated issues to deal with is the division of marital property. Arguments may arise concerning the dates when the assets were acquired or how much they are worth. To avoid this unnecessary stress on top of the failed marriage itself, it is best to work with a skilled asset division attorney.

If you want to get a fair share from your marital properties, Vayman & Teitelbaum, P.C. readily offers you a premium quality legal service. Wherever you are in North Metro, we have a team of asset division attorneys who are highly experienced in handling issues related to the equitable distribution of marital properties.

Our attorneys are deeply knowledgeable of the law. They can thoroughly explain your options in dealing with your asset division case. Whatever your issues are, we guarantee to provide a resolution that will ensure a fair settlement in the end. Our top priority is to protect your priorities and help you keep what is rightfully yours.

Contact Vayman & Teitelbaum, P.C. at (678) 504-8411 for a free consultation with an asset division attorney in North Metro now.

Georgia is one of the equitable distribution states. This means that the marital assets will be divided equitably in the event of a divorce. The process of dividing assets will begin with an accurate inventory of all properties and other assets of both spouses. These assets will then be classified either as separate or marital properties.

Generally, all assets independently owned by either spouse prior to the marriage are classified as separate properties in North Metro, GA. For certain circumstances, there will be assets that are obtained during the marriage that will still be considered as separate properties. An example of this is an inherited property that was specifically willed to one spouse alone. Even if it were received during the marriage, this would still be separately owned.

Remember that accurately distinguishing separate properties from marital properties is important to obtain a fair property settlement during a divorce in North Metro. Work with an expert asset division attorney to make sure you protect your rights and interests.

Factors to Consider for Asset Division in North Metro 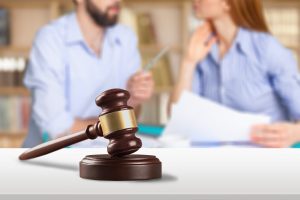 If a court identifies an asset as marital, it will then determine how that asset will be divided between the spouses. The divorce courts in North Metro, GA have complete discretion on how to award marital properties. Unlike in community property states, Georgia courts are not bound to any predetermined rules or formulas when dealing with asset division.

A judge will divide properties in whatever proportion he/she believes is fair after taking into account all the unique circumstances of every divorce case. The following are the factors that courts consider when deciding for an equitable division of marital properties:

For more information on the key factors of getting your assets divided, talk to one of our asset division attorneys today. Contact us at (678) 504-8411 for a free consultation now.

The equity in the marital home will be most likely one of the biggest assets that two spouses have to divide. The market value minus any debts or liens against it will determine the equity of the house. It will be established by identifying what is its current market value at the time of separation.

After the spouses agree to the market value, all debts associated with the property are then deducted from the market value to get the amount of equity to be divided. These debts typically include mortgage, taxes, and home equity loans. To make the calculation, a paid real estate appraisal will be normally required, or a real estate agent will prepare a market analysis without any fee.

Then, the spouses can choose how to divide the equity. They have three possible options:

If there are children involved in the marriage, North Metro courts prefer to postpone the sale of the marital home until the youngest offspring reaches 18 years old. This means that both spouses cannot touch the equity for several years. However, it will also secure the home for the children until they can live on their own.

In some cases where the spouses cannot afford to keep the marital home anymore, the judge may order for the house to be listed and sold immediately. The spouses may then split the proceeds evenly or according to what was stated in their divorce decree. 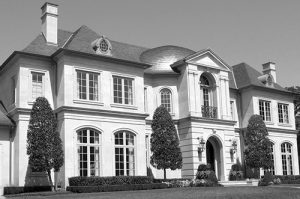 Pensions are also classified as marital property. This means that the court can equitably distribute a portion of the pension earned by a spouse during the years of their marriage to both spouses.

Additionally, the courts of North Metro may include the retirement plans and benefits earned by both spouses as marital properties that are to be equitably divided. Retirement benefits are generally classified into two groups:

Defined Contribution Plans. This is a defined amount of money that belongs to the employee. The employee or the employer makes the defined contributions. The balance of this plan is constantly changing. However, its value can be defined at any given point. 401(k)s, 403(b)s, and profit-sharing plans are part of this category.

Defined Benefit Plans. This is a retirement benefit where an employer promises to pay a benefit to an employee in the future. It will be based upon a certain type of formula. The said formula typically depends on the employee’s salary near the end of his/her career as well as the number of years he/she worked for the employer prior to retirement. Defined benefit plans are harder to value and will often require the professional evaluation of an actuary to determine their exact values.

Based on the law of North Metro, GA, if the spouses share in each other’s retirement or pension plan, a Qualified Domestic Relations Order should be completed. A QDRO is a written set of instructions that will explain to the plan administrator that the spouses will divide the pension benefits. It will set forth the terms and conditions of the distribution. It will state how much benefits will be paid to each party, when these benefits will be paid, how these benefits should be paid, and other important details.

For every divorce case in North Metro, we are ready to give our legal service. If you want to make sure that you get your rightful share of marital properties, Vayman & Teitelbaum, P.C. can provide invaluable help with our skilled and knowledgeable asset division attorneys.

We understand how the law works and can give you insights on how to deal with your case properly. Once you start working with us, we assure you that we will uncover all hidden assets, aid in properly distinguishing marital properties from the separate ones, and determine the accurate value of all your assets.

In the end, what we can guarantee is a successful process of getting you a fair and reasonable division of assets. We will protect your properties and secure the portion you deserve. Additionally, we will also make sure that the needs of the children involved will be addressed during the process of asset division.

Your marriage may have failed, but that doesn’t mean you will be left with nothing. Work with an expert today and get what you rightfully owned from your marital assets.

Contact Vayman & Teitelbaum, P.C. at (678) 504-8411 for a free consultation with an asset division attorney in North Metro now.

I really recommend them to you guys.

We would definitely recommend to anyone in need.

I have been going through divorce proceedings for 13 months with little to no movement. 2 weeks ago we changed representation and settled today! Kristy Seidenberg, Kayte Moore and ... read more